Matt’s decades at the top of his industry in network television and radio, both on-air and running the show, as well as his online digital and social media savvy, give his clients a distinct advantage over his competition.  Adding yet another dimension to Matt’s media training is his live entertainment experience as a singer, dancer, and comic. See what some of his industry colleagues have to say about his experience-driven services and executive coaching:

Matt is exactly the sort of person you want steering the ship in rough waters. He knows just how hard to grip the wheel - when to turn to reset the course - and how to keep the crew calm. His resume speaks for itself, but on top of that he is one damned fine communicator, and he knows how to help people tell their story (which is a rare skill indeed.)

Matt works hard as well as smart, a rare feat in the media business. He's creative, practical and improvises well against tight deadlines. He's an articulate advocate for good journalism, solid storytelling and valuing colleagues not only as fellow professionals, but as people behind the job titles. His work and executive coaching speaks for itself, and so does his character.

Matt's first rate and a pleasure to work with. He's detail oriented and highly organized - when you're working on one of his shows you know that his piece of it is going to be rock solid. 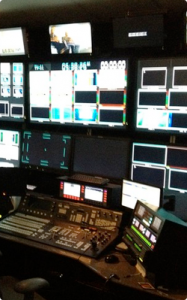