My 26 years of tenure in the news media span two television networks and five radio networks, as well as my own freelancing, consulting, and coaching.  I have written, produced, edited, reported for, and/or anchored more than 31,000 news broadcasts since 1988.

My network television writing, copy editing, and producing credits include:

My network radio writing, producing, reporting, and anchoring credits include:

Over the past 26 years, my writing and reportage have reached an audience numbering in the billions on seven continents and two space stations.

My work over the years has consistently been recognized by my peers, including:

As a media trainer and consultant, I have taught corporate executives, educators, administrators, and other professionals how to effectively present their messages and their images across all media platforms, including television, radio, print, and online, including social media.  I have also secured both local and national media coverage for client events and products.

My comedy acting and performing background is yet another tool in my extensive workshop for teaching clients how to face the media and think on their feet. Getting your message across to your target audience involves a two-way dialogue with them. 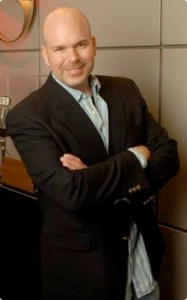